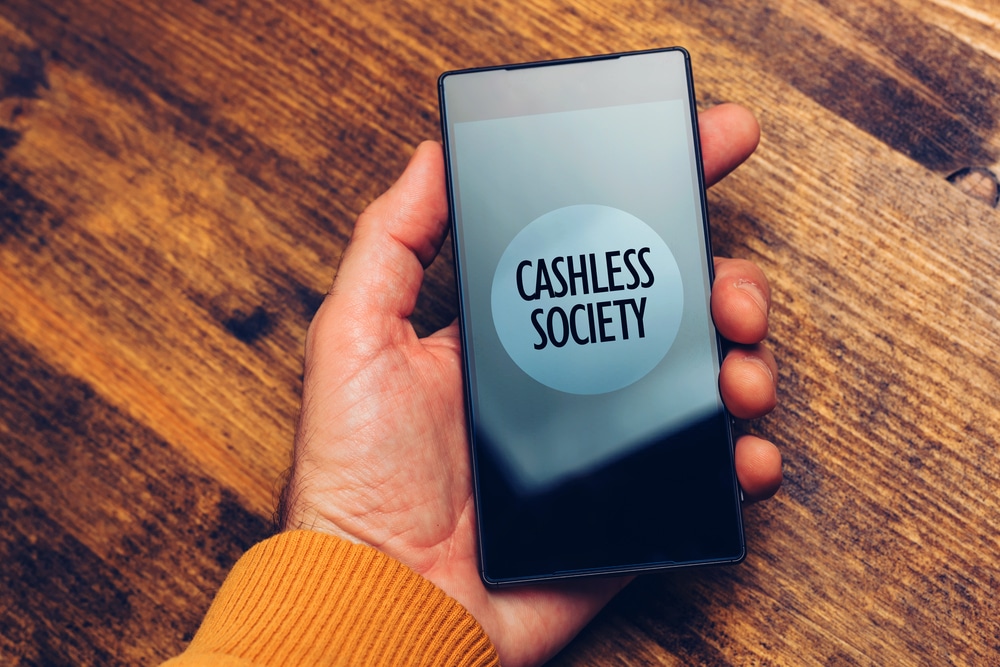 The Pros and Cons of Going Cashless in Society

Cash is in decline and many businesses are refusing to accept it altogether. It’s safer and more convenient, but some customers are less sure. So, has the time come to go cashless?  According to the Access to Cash Review we are heading straight towards a cashless society. The number of people relying on cash is in decline as technology opens up more ways to pay than ever before. Indeed, many businesses have decided to jump the gun and eliminate cash altogether. It can be safer, more convenient and feels in tune with the way society is heading but is it always the right option? Here are some pros and cons.

Going cashless takes cash away from the premises, which means you’re much less of a target for thieves. This can be reassuring to staff who find themselves cashing up alone at night. For this reason, many companies choose to actively publicise the fact that they are cashless and that there is no cash in the building. This is not aimed at customers, but anybody who might be thinking about targeting them.

Handling cash is fiddly and can take a considerable amount of time during peak trading hours. There’s nothing more frustrating than having to take cash, check it with a counterfeit pen or hold it up to the light, cash it and hand over change. Instead you can simply zap a card with a chip and pin machine and move onto the next customer. Finding a bank can also be a lot of hassle. Banks are shutting down branches across the country which may leave you facing quite a long journey in order to deposit cash.

Both customers and businesses will find it more convenient. Your customers won’t have to go to a cash machine or break into a large note for a small purchase. Many businesses still refuse to take cards for purchases under £10 or £5. This can be frustrating for customers who only want to buy something small, but don’t have any cash on them.

Con: It can exclude some customers

As the Access to Cash Review states, 8 million people, or 17% of the population, would struggle in a cashless society. What works for the majority might not work for everyone. People on a lower income and older people tend to rely on cash as it helps them to budget more effectively. Those who have large amounts of debt are often advised to cut up all their cards to remove temptation. Some just feel more comfortable with it.

A significant number of people live without a bank account and will have no alternative other than to deal with physical cash. A third of those say it is a matter of choice. Equally, if someone is on a low income, they may have cash in their wallet but no balance on their debit card.

Firstly, businesses are required not to discriminate against certain customers who might not be able to pay by using cards or other technologies such as mobile payments. If you find yourself turning away older or poorer customers you risk poor publicity. Social media is a powerful tool and if people decide you’re discriminating against someone they can voice their anger very publicly. A good middle ground can be to keep a small amount of cash on premises so that, if customers have no other way to pay, they can still use cash.

While removing cash from the premises keeps you safe from physical theft, it does put you firmly in the crosshairs of fraudsters. As the business world goes digital a huge amount of money and sensitive information is flying about the online world. Lying in wait are cyber criminals. As many as 73% of businesses admit to being unprepared for cyber attacks & crime, that figure might be even higher for those businesses which have been accustomed to dealing with cash but are now phasing it out.

Cash may be in decline but it is still an enormous part of the landscape. The vast majority of people carry at least some cash on them at all times. Turning your back on an entire method of payment would be a big step.

In general, businesses seek to be open to receiving payment in as many ways as possible. Technology has created all sorts of payment options including cards and smartphones. Some businesses even say they accept cryptocurrencies such as Bitcoin. Being too hasty to adapt to an innovation doesn’t help if it means turning your back on something which already exists and is incredibly popular.

It might also leave you vulnerable during a power outage or connection failure. If the internet or phone line goes down you could still collect cash. Equally, it can be difficult to apportion tips to specific members of staff if they have to be given digitally. Customers can also be less willing to tip if they don’t know where that money is going.

Facebook the leading social media platform has unveiled plans to launch a new digital currency, called Libra, next year. It said people would be able to make digital payments with the currency via its own apps, as well as on messaging service WhatsApp.

Firms such as Uber and Visa are also likely to accept it in future, it said. Facebook won’t fully control Libra, but instead get just a single vote in its governance like other founding members of the Libra Association including Visa, Uber, and Andreessen Horowitz who’ve invested at least $10 million each into the project’s operations. The association will promote the open-sourced Libra blockchain and developer platform with its own Move programming language plus sign up businesses to accept Libra for payment and even give customers discounts or rewards.

Is everyone happy going cash-free?

Most are. But not everyone. The majority of retailers like handling less cash. Swish and mobile payment methods such as iZettle make it easier for small business owners to operate in a cash-free society. But some merchants are frustrated with the transaction fees that come with cards, and even the new apps. The older, less tech-savvy generation are not thrilled with the move to a cash-free society either. However, as technology becomes a bigger part of everyday life for the older generation, Brit’s moving forward in to a cashless society will only pick up in speed. Cash is already scarce, and card payments will become king.

FinTech Funding for a cashless society

What is FinTech and how will it help businesses with funding for a cashless society? Well FinTech or financial technology as it is known will help businesses in a number of different ways. PDQ Funding are a leading TinTech funder in business cash advance loans space. our funding technology helps businesses obtain finance from their PDQ Card Machines.

To gain finance from us you need to accept card payments. We work with the merchant account holder to gain visibility of your card transactions. The transaction value of a monthly amount are converted into a cash advance for your business. Say if you take £100,000 on a card payments a month, you can receive a £10,000 cash advance.

This funding is perfect for a cashless society as you need to accept card payments.

We are heading towards a cashless society, as the Access to Cash Review suggests, but it is a gradual process. Some people are further along the line than others. Going cashless does have many attractions and it may well represent the future of business. However, you will have to make your own assessment about whether this is the right option for you and your business.