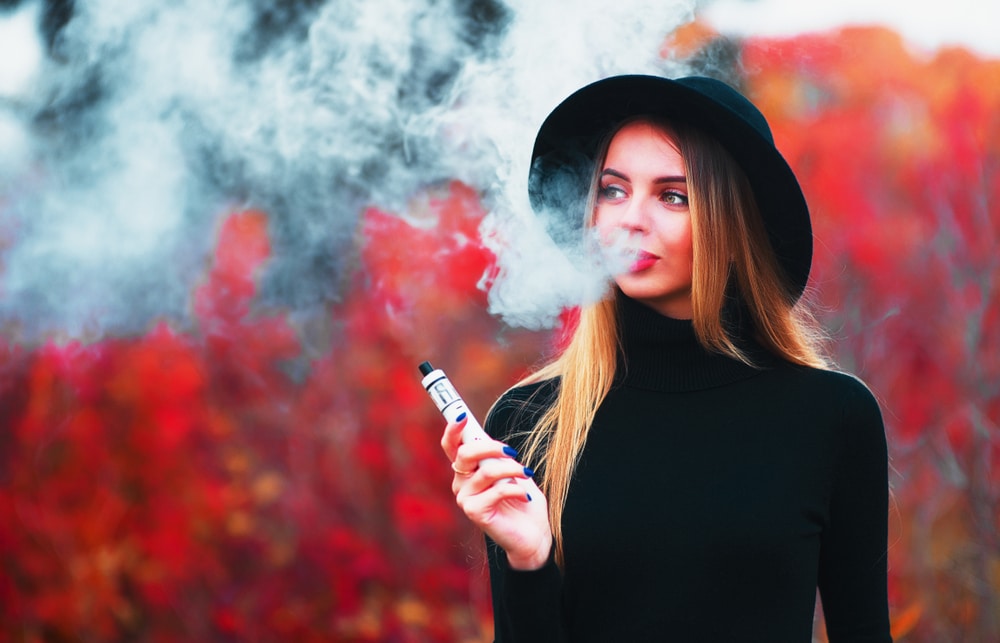 The Rise in Vaping & E-Cigarettes 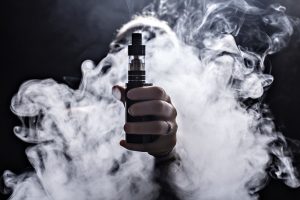 Vaping is on the rise as people search for a way to quit smoking, but is it as healthy as we’re told and will the market continue to grow?

The last few years have witnessed the rise of an interesting new trend: vaping. What started as a way to break the smoking habit has rapidly grown into a thriving business. With a host of new players flooding onto the market, vape shops are cropping up all over the high street as people rush to cater to this new and growing market. However, making them work can be more difficult than you might imagine.

Such growth creates a fertile environment for new vaping businesses and shops, but there are concerns about how strong demand truly is and whether it is as safe as everyone thinks. Before we get into the opportunities of opening vape shops, therefore, we need to address a few questions about the market.

According to a report from Public Health England, E Cigarettes are 95% less harmful than smoking tobacco and that they are helping 20,000 people a year quit smoking. The agency suggests they should be prescribed on the NHS.

The benefits, therefore, are two-fold. On the one hand they do not produce tar or carbon monoxide, and they can also be used to ween people off nicotine. However, that doesn’t mean they are entirely safe.

The vapour does contain flavourings or additives as well asparticulates, oxidising agents and aldehydes all of which can affect the heart. A 2018 report from National Academies Press found that a single inhalation of an E cigarette sparked an increase in heart rate, and another study in the American Journal of Preventative Medicine suggested the daily use of vaping contributed to an increased risk of heart disease, even when other lifestyle factors had been taken into account.

However, this is a still new phenomenon and research is not conclusive. A 2019 study found no significant link between vaping and heart disease. So, there is uncertainty over exactly how harmful vaping might be. The only thing we can say for sure is that it’s a whole lot better than smoking.

Concern about the health impacts have led authorities to introduce laws on their use. The Welsh Government tried to introduce a ban on vaping in enclosed spaces although this legislation failed thanks to a row between Labour and Plaid Cymru.

These new laws have had all sorts of unintended consequences and make the business a little bit more difficult. Even so, there is no shortage of people wanting to get in on the act as we see from the rise of vape shops.

The affect of market regulation

But is regulation and policy the biggest stumbling block between e-cigarettes dominating the nicotine landscape and disappearing in a puff of its own vape?

In May, the Tobacco Products Directive will be reassessed by member states of the European Union to further regulate the production and sale of e-cigarettes across the continent. On the agenda includes new limitations on the size of e-liquid, a limit on the size of tanks/clearomisers, and nicotine strength being limited to 20mg to restrict potential nicotine poisoning. Perhaps the biggest regulation being tabled for the Tobacco Products Directive is prohibiting nicotine dosage, meaning that e-cigarettes will have to provide a consistent nicotine dose rather than dosage being dependant on the way the e-liquid is inhaled.

Though on paper these changes to regulation wouldn’t have any major impact on the overall e-cigarette industry, one cause for concern is a caveat that if a ‘competent authority’ such as a healthcare professional convinces three EU countries to ban an e-cigarette product – whether it’s a tank or a brand of e-liquid – on grounds of it being a potential health risk, then that product will have to be banned across the entire European Union. Scary stuff.

In 2015, when the first shops arrived, they were seen as an oddity, but they were soon popping up all over the place.

The barriers to entry were low and, for a small investment, almost anyone could get started. It sparked something of a gold rush and, no sooner had one vape shop opened in a street, than others joined it. According to the UK Vaping Industry Association, there are now 2,000 vaping outlets across the country rising to over 2500 in 2019.

Such has been the surge than there is concern about over saturation of the market. There are only a certain number of people who will ever be vaping and competition is also growing from tobacconists and ecommerce.

The web was where vaping first started to become big business and the leading vape sites, such as V2 Cigs, Vape Dinner Lady routinely attract more than a million visitors every month. As vaping goes mainstream, any shop which also sells cigarettes is getting in on the act. It’s easy to do and, since people will be shopping there in any case, they have a ready supply of customers.

That said, the rate at which the market is growing, and the nature of vaping itself, means there is still a reasonable opportunity for the specialist. Vaping has become much more than a healthy alternative to smoking; it has become a culture in itself. There are people who love vaping and want to spread the word, this lead to a rise in its use. There’s even healthy blogging community with people heading to social media to post pictures of themselves vaping.

For something which started as a way to stop people smoking it has managed something very surprising: it has become cool. Vaping comes in all shapes and sizes with different flavours and types of E Cigarettes. As with anything like this, then, there are several types of buyers; the casuals who just vape because they want to stop smoking and those who actively describe themselves as ‘vapers’, who see it as a lifestyle choice.

Setting up a vape shop

So, if you do decide to enter this market, how should you get started? There are a few rules you can follow which, while they wont guarantee success, they can give you the best chance.

Find a place which has an active market and also has no competition. Some areas, for example, will be better for vaping than others. For example, vaping is more popular amongst young professionals so areas such as London, which is full of health-conscious vapers, represent an ideal area.

You also need to find somewhere which doesn’t have much competition. If there is already a good vape shop in the area, it’s going to be very difficult to get a foothold. You’ll struggle to convince customers that you can do anything significantly better than they can.

Vape shops have one big disadvantage when compared to tobacconists: convenience. Many people will simply buy their vaping accessories along with their regular shop, so you need to give people a reason to come to you.

Where vape shops can excel is by offering a much wider range of products than anyone else. People who value choice will be prepared to make a little bit more effort to come to you.

This group of loyal and repeat customers will be crucial. You’ll have to work hard to nurture them and create a little culture around your shop. That’s particularly important because, even if you take our advice in point one, there’s nothing to stop someone else opening up against you.

This heightens the risks, but an established shop does have an important edge against the competition if you can develop that loyal band of customers. They will be reluctant to leave you unless they feel sure they can find something better elsewhere.

Do your research and get to know the best and most popular brands. These will appeal because many people will be willing to shop locally in order to avoid the wait for shipping. A vape shop has an advantage here, over the local tobacconist, because it can stock a much wider range.

Brand loyalty is a big issue in vaping and people will assume you have what they are looking for. If you don’t, they’ll head back online rather than settle for an unfamiliar product.

The big names have also earned that position by being better than almost everyone else. You’ll therefore have fewer problems with returns and happier customers. With regulations becoming stricter, they will also be in a better position to cope with compliance demands.

Looks are important at the best of times, but doubly so when it comes to vape shops. The main attraction is that they are cleaner than cigarettes, so the most successful stores reflect this in their layout. The shop is well lit, clean and spacious.

There is a subculture of vaping which sees shops take on a much grungier appearance. This attracts a certain kind of customer but deters all the others. It has gritty connotations with drug taking and sits a world away from the healthy trendy image you want to project. To be successful, then, your shop needs to look bright, shiny, modern and clean.

Financing start-ups is tricky at the best of times. The most obvious option would be to apply for a bank for a loan, but this can be difficult and expensive. Most banks have become extremely reluctant to lend to high risk new businesses, even if the fundamental finances look good. Even if a bank does decide to lend, fixed repayments can inflict a constant drain on your revenues.

A more accessible alternative can be a business funding for vape shops. This allows you to receive a lump sum in return for a percentage of your future credit and debit card transactions. This deal is perfect for a vape retail outlet which might expect to take the majority of its payments via card.

Repayments are flexible which can make it a great option for an existing business which is expanding or an ecommerce platform which wants to open up a physical shop. If revenues are high you will pay the sum off more quickly. If not, your monthly repayments will be lower.

Whatever option you take, the basics of setting up a vape shop are the same as any business. You need the right finances in place; you must have a ready market and be able to attract loyal customers. Vaping is often written off as a craze, but more and more people are getting into it. It might not be completely healthy, but it’s a massive improvement on smoking and, as people start looking for healthier lifestyle choices, the future for the vaping market is promising.

Interested in more information on funding for your vape shop, and how a PDQ Funding Merchant Cash Advance can support your business, simple complete the online enquiry.