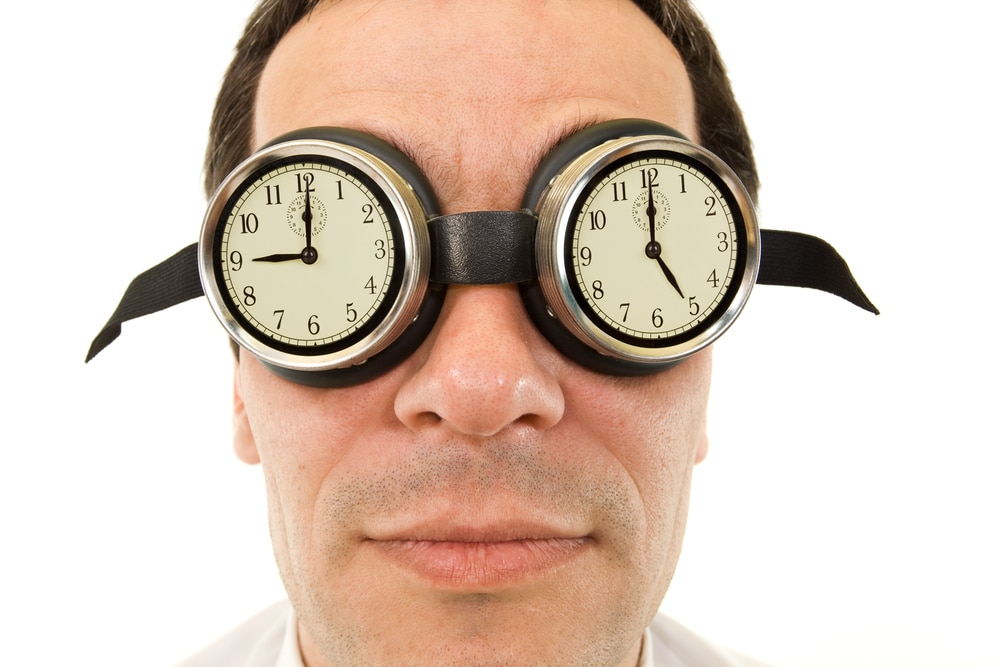 The end of 9-5 working hours

The future of business looks to equal a shorter working week for employees in terms of the daily hours they do. The five hour working day seems to be a new concept that’s currently being adopted by companies around the globe, and there has proven to be success to be found in this method.

You’ll likely not see the majority of business models jump on board with a lessening of working hours for staff in the near future, but there are more and more cases of it popping up in recent times.

Take the example of Blue Street Capital, a California-based company that arranges financing for enterprise IT systems. The owner of the business, David Rhoads, has changed his company policy to a five hour working day for all members of staff. This is because he believes that working for this amount of time a day makes his staff happier, and therefore more productive.

The Guardian spoke with some employees from the company and had this to report on the changes made, “David announced the plan at an all-hands meeting. “I want you to have the lifestyle that I have,” an employee recalls him saying, “and I believe that you’ll be as successful as I am or more successful as a result.” He answered a few questions. No, salaries wouldn’t be cut. No, the company wasn’t about to go under. Yes, the new schedule would become permanent after 90 days if productivity remained the same and if customers didn’t complain. Summer was a slow period at Blue Street, so it was a good time to start a trial”.

The idea did however spring from Tower Paddle Boards, an online, direct to consumer company that sells stand-up paddle boards. David Rhoades then proceeded to take inspiration from this working model and apply it to his own business venture.

Could 5-hour work days ever actually come to fruition on a large scale though, or is it all just a trend that’s spark with eventually fade out? Right now it’s difficult to truly say one way or the other, but it’d take a monumental shift for your average business to agree that this is the new way forward. That’s why collecting evidence and studying the statistics of ventures that have already taken the idea on board is so crucial to our understanding.

CNBC have looked into this topic and found multiple CEOs that swear by the five hour working day, and give the same positive, impactful reasoning for it that David Rhoades similarly states. They say, “Reducing the time employees spend in the office is becoming an increasingly popular policy, with companies around the world experimenting with shorter working hours”.

A four day working week has been tested in both Japan and New Zealand, but proved to have mixed results reported by the respective companies. Microsoft claimed to have a 40% productivity increase while trialling this in Japan last August.

The productivity increase could have presented itself through workers enjoying the fact that they have a four day working week, allowing them an extra day of freedom and relaxation. This boost in mood could well equate to a better attitude towards work, but it isn’t necessarily the case for all individuals following this new trial plan.

There have been some reported problems with the new working pattern procedures and CNBC have reported on them.

They write, “according to two CEOs who have implemented the five-hour day, slashing hours created unprecedented challenges in terms of recruiting and retaining talent. Stephan Aarstol, founder and CEO of Tower Paddle Boards — a California-based start-up backed by billionaire investor Mark Cuban — began trialing a five-hour day across the company in June 2015. Aarstol told CNBC in a phone interview that he wanted to attract people to the company who could work three times faster than others — but he noted the five-hour day “can certainly attract the wrong people.” “We started attracting two types of people,” he said. “One was the type we wanted, and we also attracted these sloth-like people. We had to very quickly distinguish which type of person each applicant was””.

4 Day Week have reported that they witnessed a huge jump in productivity across numerous areas by shortening the working week by a full day. They believe that team engagement levels rose overall by a considerable margin.

Advantages to not working set hours

The employee advantages are pretty clear: having another day with no work and no commute can free up personal time in a big way. But the employee isn’t the only one who could benefit from a shortened workweek.

Several studies show various benefits such as reduced stress, increased productivity, and happier more engaged employees. Giving up on having an extra day off work per week is a big hurdle to your good employees when they think about moving to a new company.

First, the four-day workweek doesn’t work for every business and certainly not for every employee. If your customers expect to find people who are available five days a week, then an employee who is unavailable every Friday could cause problems.

People may feel refreshed by having an extra day off of work each week but they may also experience a drop in productivity after so many hours at work in a single day.

In the case of an exempt employee who has an alternate schedule while others work the traditional Monday-Friday schedule, that person may feel pressure to call into meetings or respond to messages on their day off. This is not fair but you need to assess whether the alternative schedule is adversely affecting the employee’s team.

Keep in mind that you must pay a nonexempt employee for any additional time he or she puts into work outside of the four-day workweek.

The Coronavirus has had disastrous effects on the vast majority of the world. It has taken countless lives, countless jobs and changed our world in a monumental way. Hopefully one day in the not too distant future we can get back to something a little closer to normality, though that seems to still be a long way off at this moment in time. Another, previously unexpected cause of the virus has been the knock-on effect to working hours, both in the UK and other parts of the world.

Working hours have fallen by a quarter during lockdown, meaning the state of the UK economy has obviously suffered greatly during this period of time. The Times reports further on this, “The amount of work done in Britain crashed by a quarter in the final week of March as lockdown came into effect, official data shows. Average weekly hours dropped to 24.8 by the end of March, compared with 33.2 last year, leaving total hours worked in the quarter down by 12.4 million and at a decade low. The sharp fall, which suggested that a quarter of the economy had closed by April, emerged in the Office for National Statistics’ labour market figures for the three months to the end of March”.

This potentially suggests that working hours may not necessarily resurface to the same position as before, in all areas of work. Hours of work could potentially become a little more relaxed in terms of their structuring. You may find that working hours abandon the usual shift routine they followed before in some jobs and allow people to make their own schedules, or at least implement their own thoughts onto them, as long as the work is done on time and to the same standard as before.

We are beginning to witness a much greater amount of staggered work times in the UK, this is largely to avoid packed out commutes and all forms of public transport from getting too busy while Covid-19 is still in effect. Though, may we possibly begin to notice that this sort of routine actually works well for our home grown businesses? Potentially, yes. The same goes for shift patterns and working hours that aren’t as structured as before. If business owners begin to notice growth within their ventures, they certainly won’t be in a hurry to change back to the old ways, and will likely embrace this so called ‘new normal’.

Should your business implement a reduced amount of working hours?

There are factors in each individual case to study whenever you’re thinking of implementing a mode of fewer working hours for your employees. Have you done the right amount of research that backs up your decision? Do you have the kind of staff currently employed that could benefit from it, and will it make them more productive?

You know how your staff work better than anyone else does, so assess your own situation and lead your further thought process from there. Understand what you want your business to achieve with this newly found structuring rather than just seeing it as a way of earning yourself an extra day off each week. You may lose a lot that you’re currently taking for granted by reducing daily hours or shortening your week, so take the time to think over the decision before making it. This is why trial periods can be very productive to business owners when pondering over decisions such as this.